With around 40,000 business registrations per year and more than 500 startup companies per year, Berlin is undisputedly Germany's founder capital and is expanding its nationwide lead. The capital is particularly attractive to potential entrepreneurs in the creative and technology industries.

Favourable conditions for start-ups: Berlin attracts young, highly qualified people from all over the world. A high standard of living at a comparatively low cost, lively local communities with lots of networking opportunities, the active venture capital scene, and an international ambiance are just good reasons why young entrepreneurs would want to come to Berlin to turn their business ideas into realities.

Numerous national and international studies have identified Berlin as a leading global location for start-ups with extremely high growth potential.

„As an international, fast-growing Internet company, we believe that Berlin has precisely what we at Babbel are looking for: talented professionals from all over the world, a striving, startup community with excellent contacts along with a creative, future-orientated tech scene. Together with other companies, we have also benefited from Berlin’s global attraction as a charismatic metropolis because the city has triggered considerable attention among the international press and investors.“

Berlin is the German leader in investments in startups: Almost three out of five euros invested in start-ups in Germany (59%) were invested in Berlin startups in 2019. Promising and well-established startups have emerged in recent years, such as Soundcloud, Mister Spex, Zalando, Helpling, Delivery Hero, Home24 and HelloFresh. In 2019, the latest shooting stars with the largest funding rounds in Berlin were GetYourGuide, Frontier Car Group, and N26.

The state of Berlin initiated the Berlin Startup Unit together with partners from business, science and the startup scene. Seven initiatives are working together for the advancement of the startup capital Berlin.

Get in touch with us for any further advice. 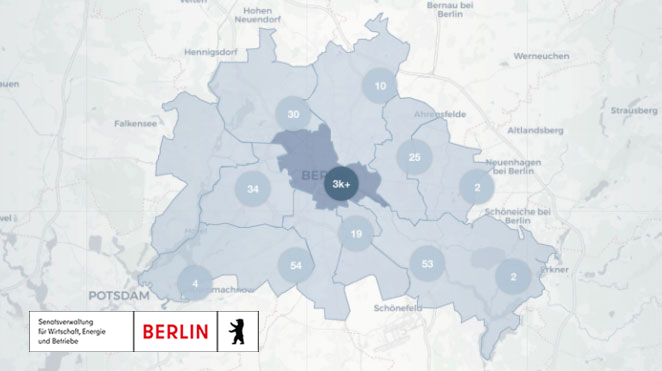 Information, consulting and events about starting a new business 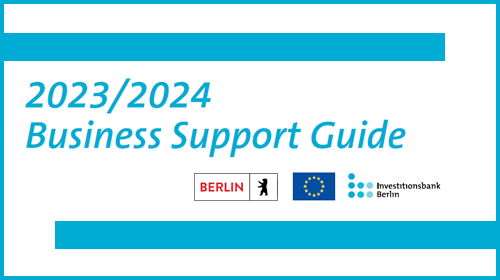