Increasing rents and shortage of residential space are noticeable on Berlin’s real estate market. However, the rent prices per square meter have increased slower since 2013 than in previous years. Among Germany’s largest cities, Berlin has by far the lowest rent prices and the largest real estate portfolio in proportion to the demand. 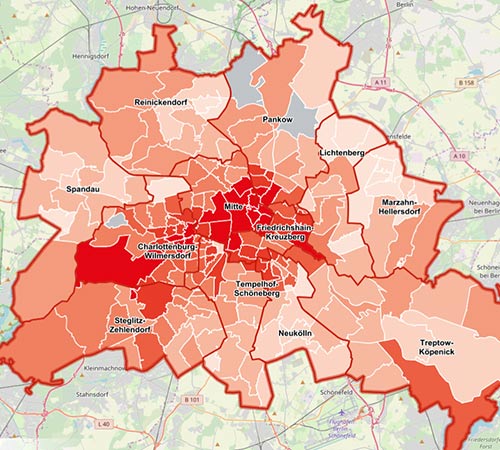 With our housing market map you can find out about rental prices in Berlin's districts. Please zoom in the map or open the legend with the rental price information.

The Berlin housing market is dominated by rental housing with an extraordinarily high proportion of vintage flats. In 2018, about 84% of the city's housing units were rental accommodation. Almost 27% of Berlin's housing stock dates back to the late 19th century, while another 14% was built between 1919 and 1948. Over half of today's apartments were built in the post-war period from 1949 to 2010. Most of the pre-war apartments are located in Mitte, Friedrichshain-Kreuzberg and Charlottenburg-Wilmersdorf.

The current demographic trend of young people from the middle class migrating to the city has fueled the development of new modes of living in urban districts. New developments consisting of modern townhouses are cropping up in vacant urban spaces like the former Berlin Stockyards, the Prenzlauer Gardens, or in Friedrichswerder.  More and more developments like this are being built in Berlin.

Berlin reacts to the increasing demand with targeted measures: intense new home construction, the employment of municipal housing associations and the introduction of legal instruments for the protection of tenants. The inventories of the six state-owned housing companies are to increase by 55,000 apartments by 2021. 30,000 of these are to be built from scratch. In this respect, Berlin has a big advantage in terms of urban development: in the German capital, potential building area in central locations is available to a much larger extent than in other major cities. 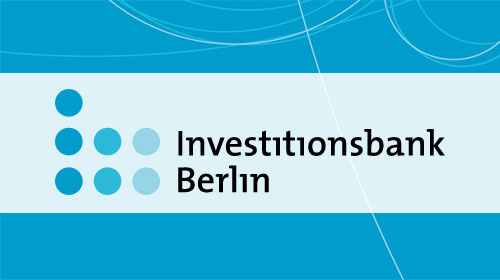