In the PricewaterhouseCoopers (PwC) ranking of the most attractive locations for real estate investors in Europe Berlin is ranked second. The ranking is part of the study “Emerging Trends in Real Estate: Europe 2022 – Road to Recovery", for which 844 PwC, together with the Urban Land Institute (ULI), surveyed decision-makers from real estate companies, investment managers and other industry experts in Europe. Among other things, the future prospects of the cities compared in terms of investment and development are taken into account. According to PwC, Berlin is particularly attractive for foreign investors, not least because of the robust German economy. Compared to London and Paris, Berlin benefited from the short commute times to the city center – an aspect that became particularly important during the pandemic.

European Cities and Regions of the Future 2022/23 - fDi Intelligence

In the renowned ranking “European Cities and Regions of the Future 2022/23” of fDi Intelligence Magazine, Berlin took 3rd place in the category “FDI-Strategy in large cities”, leaving Munich, Moscow and London behind – a great success for the location strategy of the German capital.

In which city does it cost the most to live? The annual analysis of the British “Economist” magazine deals with this question. The most expensive city this year is Tel Aviv, pushing Paris into second place, followed by Singapore, Zurich and Hong Kong.

Of the six German cities included in the index, Berlin is the cheapest. The capital slipped eight places down to the 50th place compared to the previous year. The most expensive German city is Frankfurt, which ranks 19th internationally.

Berlin is among the world’s top locations for the healthcare industry – this is confirmed by an international benchmarking study, which was commissioned by Berlin Partner für Wirtschaft und Technologie GmbH. The study conducted by the WifOR Institute and SNPC compares Berlin with world-leading locations such as Boston, Singapore, London and Copenhagen. Result: Berlin ranks third behind Boston and London.

Among other things, information about the thematic priorities of clusters, technology transfer, financing and start-up activities, digitalization, networks and collaborations, as well as economic data is analyzed. Corporate and funding structures in Berlin were rated as particularly good.

In the Europe-wide fDi ranking “TNW Tech Cities of the Future 2021” of the most tech-friendly cities, Berlin ranks fourth behind London, Paris and Dublin. The cities with the most promising prospects for startups, technology and innovation investments are rated.

For this ranking, data were collected and analysed for 76 cities in 31 European countries in five categories: Cost efficiency, economic potential, FDI performance, innovation and attractiveness as well as the start-up environment.

TNW Tech Cities of the Future 2021

Berlin exports, an analysis by country and product group - IBB 2021

In the pandemic year 2020, goods from Berlin worth 14.4 billion Euro were sold in 202 countries worldwide. While German exports slumped by 9.3%, Berlin exports fell less sharply by -5.2%.

Although Berlin’s trade with the USA has decreased by 12.3% to 1.4 billion Euro, the USA remains by far the most important trading partner. In contrast, exports to France rose by 12.6% to 1.1 billion Euro. In this way, France overtook China, which had held second place among Berlin’s most important export countries since 2017.

Third and fourth place go to Amsterdam and Barcelona, followed by Munich in fifth place. Other German cities in the top 50 are Cologne (30th), Hamburg (37th) and Stuttgart (38th).

Berlin was again the hotspot of the German startup scene in 2020. Despite the Corona crisis, Berlin was able to record 20 percent more financing rounds than in the previous year. That means that 42 percent of all financing rounds counted in Germany came from startups in the German capital. However, due to the lack of major deals, the investment volume fell by 17 per cent to 3.1 billion euros.

Digital economy - an important pillar in the crisis - IBB 2020

The digital economy has been the growth engine of Berlin's economy for ten years. With 108,905 employees, more people work in the digital economy here than in any other major German city. Every 6th new job is created in this sector; across Germany, every 10th new IT job is accounted for by Berlin employers. In 2018, 10,800 digital companies generated 13.7 billion euros. These are the results of a study by the Investitionsbank Berlin and the Berliner Sparkasse.

The corona crisis has also left its mark on companies in the digital economy, especially on company-related services. Overall, however, the industry is proving more resistant than the rest of the economy. Especially during the crisis, the digital economy is becoming increasingly important and offers opportunities for the digitalisation of other sectors. The growing number of IT professionals in Berlin employed by management consultants shows the great interest in and need for digitalising business processes and corporate structures.

Berlin exports, an analysis by country and product group - IBB 2020

Berlin's exports increased by 0.6% in 2019 compared to the previous year. Berlin companies exported goods worth 14.72 billion euros to 202 countries.

With an export share of 11%, the USA continues to be by far the most important trading partner for Berlin's export companies. China, France, Poland and Switzerland follow. While China, Berlin's second most important export country, recorded a 5.4% increase in export volume compared to the previous year, Berlin's US exports fell by 10.3%.

The Berlin Startup Monitor examines the capital's startup ecosystem with its development potential and challenges. The consequences of the Corona crisis are also a focus of the study, which is published by the Bundesverband Deutsche Startups (Startup Association) and the Berlin Partner for Business and Technology.

The main results of the study are:

Berlin again dominated the German startup scene in 2019 and remains the most important German startup location internationally. Almost 60 percent of the investment capital went to Berlin. Of the twenty largest investment rounds, 13 went to companies based in the German capital.

Berlin in first place in the HWWI/Berenberg City Ranking 2019

In the sixth HWWI/Berenberg City Ranking, which examines the competitiveness of Germany's 30 largest cities, Berlin takes the top spot for the first time, knocking Munich off the first place. The ranking analyses the economic dynamics, demographic development, as well as key location factors such as education, innovation, internationality, and accessibility.

Berlin scored in the areas of population growth, growth in employment, improvement in productivity, internationality, and demographic forecasts up to 2013. Good location factors, especially internationality and accessibility, contribute to the positive development and excellent future prospects for the capital.

This study by the Investitionsbank Berlin (IBB) and the Berlin-Brandenburg Business Associations (UVB) attests to the excellent development of Berlin's digital economy.

The international QS Best Student Cities Ranking 2019 confirms Berlin’s significant attraction to students around the world. Only Munich, Melbourne, Tokyo and London are scored better than Berlin. Among other things, the criteria of quality-of-life, cost of living, attractiveness for students, and rating by employers were used to rank 100 university cities in total.

Berlin remains number one in terms of investment volume nationwide and was once again the hotspot of the German start-up scene in 2018.

More than every second euro (57 percent) was invested in Berlin companies in 2018. Bavaria and Hamburg are in second and third place. Most of the money was invested in e-commerce, followed by FinTech and Software & Analytics.

Berlin exports, an analysis by country and product group - IBB 2019

Berlin industrial companies achieved a sales increase of 2.3% in 2018 with goods exports worth EUR 24.1 billion. However, foreign sales only achieved a weak plus of 0.6%.

With an export share of 12.6%, the USA remains by far the most important trading partner for Berlin's export companies. This is followed by China, France, Italy and the Netherlands.

The study by Investitionsbank Berlin (IBB) compares the development of the digital economy in selected major German cities.

The digital economy has become a growth driver for Berlin's economy in recent years. In a comparison of Germany, Berlin is the most dynamic digital location today. In total, more than 88,000 people are employed by Berlin's digital companies. For the first time, these generated more than EUR 10 billion in sales. Since 2008, every 7th new job in Berlin has been created in a company in the digital economy. A new digital company is founded here every 17 hours. 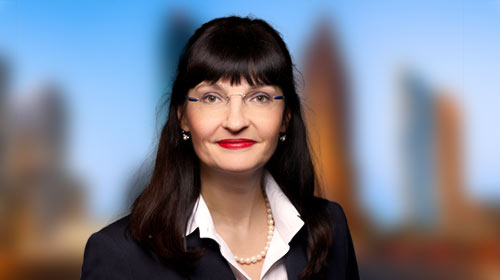