About the Capital Region

„The infrastructure in the capital region for research and development in the field of solar energy generation (in the form of electricity and hydrogen) is unique. It ranges from fundamental research in the new EMIL laboratory at the BESSY II synchrotron to application-oriented technology development at PVcomB. With regional, national and international partners from industry and science, we are working intensively on the global energy transition.“

Renewable energies play an outstanding role in the region: 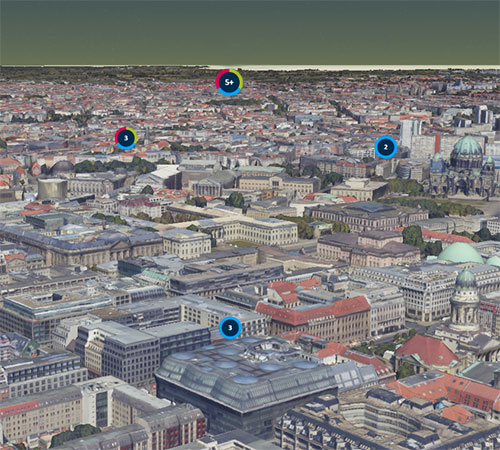 Renewable energies in the capital region

Especially photovoltaic systems (PV) make important contributions to supplying the capital region. Brandenburg has the highest installed PV output per capita in Germany with 1.5 MWp/1,000 inhabitants (2018). In addition, the largest solar park in Germany with an installed capacity of 168 MW has been working in Lausitz since 2011. After a global consolidation phase, the capital region is again one of the places where important manufacturers and developers of solar cells are concentrated.

In addition to manufacturers such as aleo solar and Astronergy, more and more start-ups with innovative solar products for end users are being created. At the Competence Centre Thin-Film and Nanotechnology for Photovoltaics Berlin (PVcomB), thin-film photovoltaic technologies and products are developed in cooperation with the industry.

With an installed capacity of around 7105 MW, Brandenburg is the number 2 wind energy State in Germany (as at 6/2019). However, not only wind turbines provide electricity there. There is also development and production. Well-known manufacturers and suppliers produce, for example, maintenance nacelles, rotor blades or towers. Since May 2002, rotor blades for Vestas wind turbines in the mega-watt range have been manufactured at the Lauchhammer site in southern Brandenburg.

In addition to research on rotor blades and base foundations, companies and research institutions in the region are also involved in innovative technologies such as high-altitude wind technology. The aim of high-altitude wind technology, especially inland, is to use the stronger and more stable winds at altitudes of up to 500m with flight wind turbines, thereby achieving significant increases in efficiency. Furthermore, representatives from Berlin and Brandenburg are increasingly concerned with topics such as retrofitting and predictive maintenance of wind turbines.

The generation of energy from biomass in all its facets is an important pillar of the energy transition, since it can be planned and regulated very easily. The big challenge is to use the existing resources and facilities more effectively.

Many companies and research institutes are working together to find solutions in the areas of agroforestry systems and algae research as well as biogas, biofuels and biochar. The Leibniz Institute for Agricultural Engineering Potsdam-Bornim (ATB) is conducting research with a focus on the energetic use of biomass. By providing practical application laboratories for business partners, ATB is promoting the development of agricultural innovations into market-ready products. 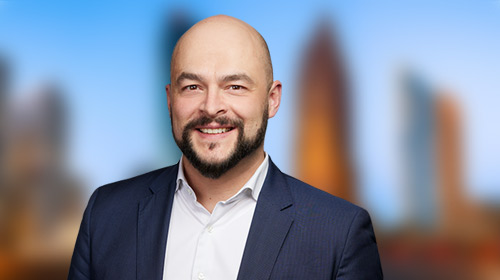 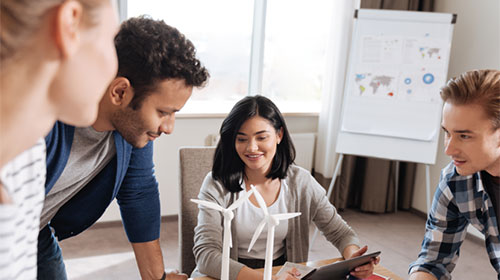 Incubation programs in the energy industry (in German)