Berlin is the largest city in Germany with a population of 3.7 million and a total area of 892 km² and is also the political and economic decision-making center.

The German capital is a young and cosmopolitan city: 55 percent of the population is younger than 45 and people from over 170 nations now live in the twelve districts of Berlin. In 2021, the population of Berlin grew by around 13,400 people. More than 200,000 students have chosen the internationally renowned science location Berlin.

After the interruption in the pandemic year 2020, the Berlin economy is on the up again, the number of people in work and economic output are increasing rapidly. Berlin’s foreign trade is also showing continuous growth, and Berlin products are in demand internationally.

Berlin is also growing in popularity as a leading location for trade fairs and conventions in Germany. Numerous leading international trade fairs are held here each year.

„Berlin has prevailed against contestants such as Barcelona and Istanbul in the location competition for the new Business Service Center for Human Resources of the E.ON SE. It was decisive for us that the new location would attract and bind highly qualified professionals. Berlin convinced us in the European comparison because the city is functioning as a hub between our international locations. Here we found a modern location in a central location for our almost 300 employees. We have received all possible support by Berlin’s politics and Berlin’s business promotion in the siting process.“

Germany's central location in Europe makes its leader in business, giving investors access to nearby markets in Central and Eastern Europe as well as the entire EU market.

Entrepreneurs and investors are supported with extensive funding and financing programmes in Berlin. We, Berlin Partner for Business and Technology, the economic promotion agency of the State of Berlin, offer investors quick and non-bureaucratic support during relocation: 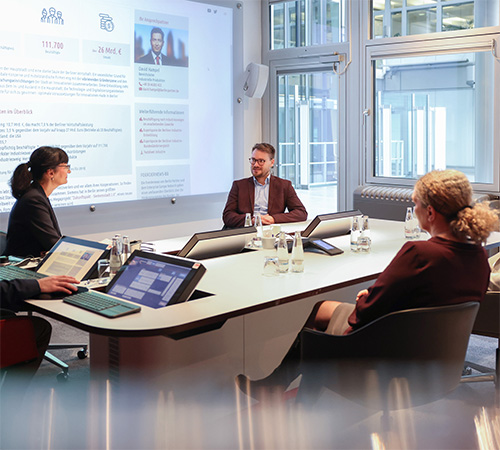 Berlin Partner for Business and Technology offers special services that are tailored to the individual needs of companies and scientific institutions. We advise you on tailor-made funding concepts and support you in your search for suitable real estate and qualified employees.

The Berlin Economy Overview Map provides specific industry and infrastructure information for any location in Berlin.