As a result, other providers have also expanded their fleets with e-vehicles or are constantly expanding them. With about 860 charging points, the capital region also has the largest publically accessible e-charging infrastructure in Germany. Plans to expand that number to 1,600 charging points by 2020 is already commissioned by the federal state of Berlin.

The theme of "networking" plays a key role in the capital city. For example, one key objective is to optimally coordinate services such as public transport and car-sharing and then to connect them to an intelligent power grid supplied primarily by wind power from Brandenburg turbines. Today, Brandenburg is already a leader in sustainable energy production and clearly surpasses the goals set out by the federal government. Indeed, an increasing supply of "green" electricity will continue to come out of the capital region in the future. E-mobility plays an important role in Germany's so-called Energiewende, the nation's drive to bring about a transformation in energy production and dependency.

Various stakeholders from all industries

The Berlin Agency for Electromobility eMO is the central point of contact for smart mobility in the German capital region. eMO is an agency of the State of Berlin that works together with a number of project partners active in the spheres of politics, business and science to implement innovative projects. Together, these stakeholders – which include the federal states of Berlin and Brandenburg as well as several large and medium-sized enterprises, R&D institutes, educational facilities, chambers of commerce and business associations – create a strong network for electromobility. Among the premium partners are the BVG, the Berlin-Brandenburg Business Association (UVB), the federal state of Brandenburg, the German Aerospace Center (DLR) and the Technische Universität Berlin (TU Berlin). 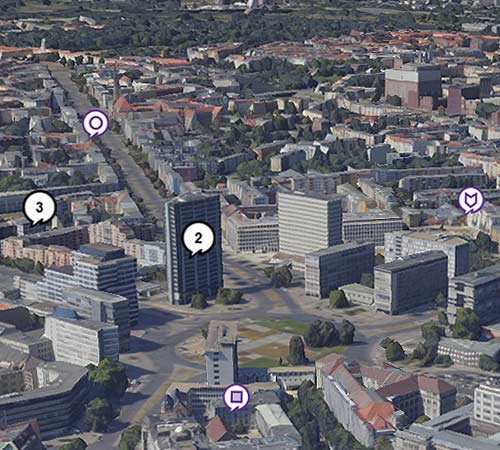 Subscribe to the eMO newsletter
The eMO network - Premium Partners