Berlin meets the challenges of a growing metropolis with a growing population and increasing flows of goods in passenger and freight transport with an efficient local public transport network and high-performance freight transport center. The well-developed inner-city passenger transport in Berlin leads to the lowest motorisation rate of all major German cities.

Berlin has an excellent public transport network. The underground trains, suburban railways, regional trains, trams and buses have a network length of about 3,000 km. More than 1.1 billion passengers use Berlin’s transport network each year, and 485 million passengers use the suburban railway. In the pandemic year 2020, this was significantly less.

Berlin is well-connected by train both nationally and internationally. Many large European economic center can be quickly reached via Europe’s largest tower station, the Hauptbahnhof. Numerous towns in Brandenburg are regularly linked to the capital via regional express lines.

The bicycle is becoming more popular with Berliners every year. In order to cope with increasing bicycle traffic, the Berlin Senate is planning 3,000 kilometres of new cycle paths by 2030. Goal: Berlin is to become the bicycle capital. Cycling in Berlin increased by 22.6 percent in 2020 compared to the previous year. The newly established pop-up bike paths due to the corona situation also contributed to this. The total number of bicycles counted was about 20.5 million, up from 16.7 million in 2019.

With 35.6 million passengers in 2019, Berlin is Germany’s third-largest airport location. The new Berlin-Brandenburg Airport BER opened in 2020. The three terminals guarantee the required capacities for the future of air traffic in the capital region and can be expanded to 45 million passengers. Due to the travel and contact restrictions caused by the corona pandemic, the number of passengers fell sharply. 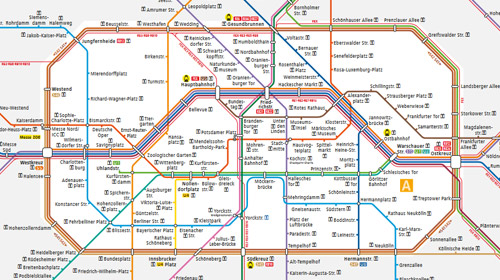 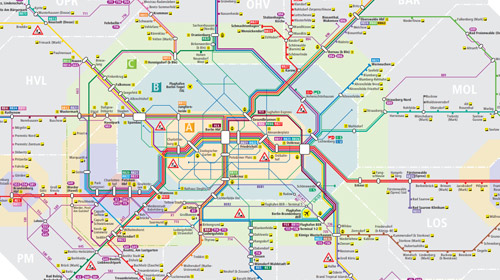