The Internet of Things (IoT) is driving innovation and is developing rapidly. IoT, or the digital networking of physical products and devices, can now be found in all industries, as well as in our everyday lives. The technology aims at efficient solutions in individual sectors as well as in the industrial sector (Industrial IoT - IIoT). The range of applications for IoT is very broad and creates new, innovative business models. Coupled with other innovative technologies such as AI or blockchain, IoT can offer distruptive solutions and have a strong impact on the industry of tomorrow.

Berlin established itself as the number 1 IoT hub in Germany.

This development is linked to the capital's large and very active IoT ecosystem. More than 250 startups and established companies are active in the IoT in Berlin, and many other multipliers, universities and research representatives are active in the field. This effect is reinforced by a high density of innovation campuses, accelerators, incubators, company builders, and researchers driving the issue and bringing new business and focus areas to the marketplace. Scientific institutions are also increasingly focusing on IoT.

Further confirmation came when Berlin was named an IoT Hub within the framework of the Digital Hub Initiative of the Federal Ministry of Economics.

About the Digital Hub Initiative (de:hub)

With the Digital Hub Initiative, the Federal Ministry for Economic Affairs and Energy (BMWi) is supporting the creation of digital hubs in Germany. The hub model is based on the idea that collaboration of companies and startups in close proximity promotes innovation, especially in the digital age.

This is where the initiative comes in:

The BMWi wants to highlight Germany's strengths as a leading industrial nation with existing, high-quality know-how and thus make Germany an alternative for founders, investors and specialists from all over the world.

The network of the 12 nationwide hubs forms the basis. Each of these locations works with an industry-specific focus.

The BMWI supports the HUB initiative with an agency that is responsible for the networking and public relations work of all hubs (the RCKT). The internationalisation measures are supported by the GTAI. The BMWI also provides a separate funding pot for the projects that arise in the hubs.

Berlin participates in the BMWi initiative as the hub for the Internet of Things (IoT) & FinTech. The focus covers all of the sectors in Berlin with important applications and their networking to create a Smart City, including:

The de: hub IoT is led by a heterogeneous consortium of companies, startups, higher education institutions and company builders. In 2020, the hub has evolved rapidly. In August, the IoT Hub Berlin took on the legal form of an association, the IoT+ Network. The association began its work with a high-profile kick-off event on 11.11.2020. Since then, the number of network members has grown significantly. Project work, working groups and event formats were established.

The IoT Hub is managed by a heterogeneous consortium of companies, start-ups, university institutions, and company builders with the goal of improving and strengthening the offer, accessibility, benefits, and presence of IoT in Berlin. This includes the promotion of innovative projects, the exchange between business and science, as well as the networking of IoT stakeholders. 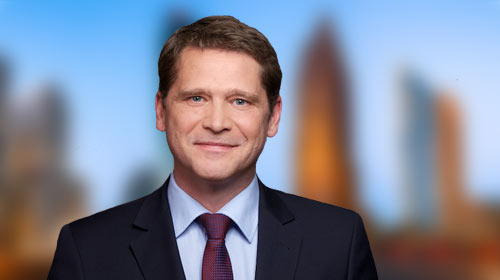