Spandau is the westernmost district of Berlin and covers an area of 9,187 hectares. With about 245,000 inhabitants, the district is roughly comparable to large cities such as Chemnitz or Kiel.
Business in the district is mainly industrial, with global companies such as Siemens and BMW Motorrad based here. But the economic structure in Spandau is also characterised by many innovative small and medium-sized businesses and craft enterprises. Young, creative companies are also increasingly settling in the district.

Spandau is one of Berlin's most water- and forest-rich districts and offers a variety of living and recreational opportunities.

Your contact at Berlin Partner for Business and Technology 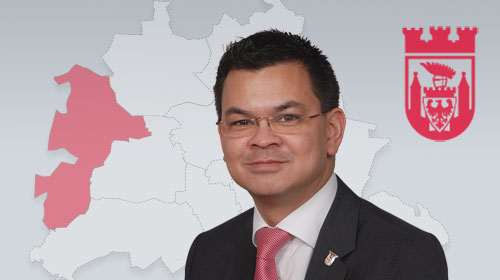